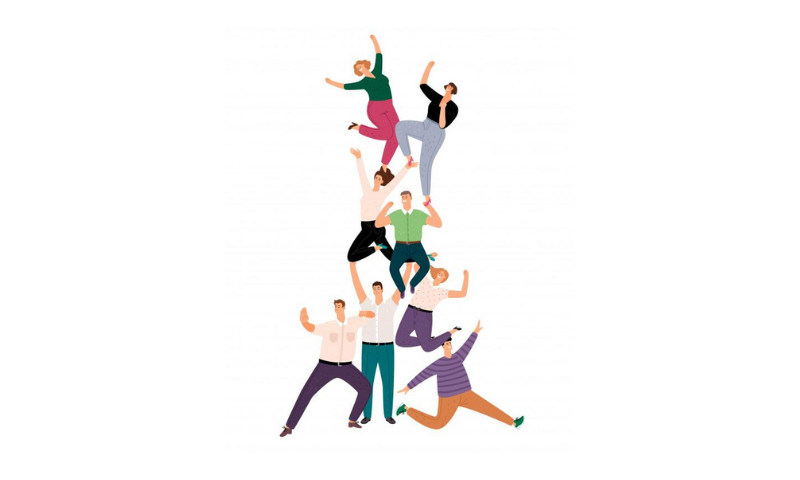 The equal gender presence beyond the normative technique

Ornella La Tegola, Labour Law Researcher at the University of Bari, Component of the Technical Scientific Committee of Open Corporation

We are approaching the International Women’s Day, an anniversary celebrated both overseas and in the European continent and we will reflect on the economic, political and cultural progress achieved by women around the world. We will read interviews and articles on the presence of women in politics and in the workplace, on their (scarce) presence in top positions, on the goodness of pink quotas in the boards of listed companies. We will all express the same conclusions: that a lot has been done but that there is still a long way to go to achieve equality between men and women.

In short, if it is true that, at least in Italy, we have undoubtedly made great strides forward since Mussolini was a spokesman for “bizarre” ideas[1], it is also true that there is still a long way to go. And this consideration concerns, unfortunately, a geographical area that goes beyond Italy.

Some time ago, a study by Goldman Sachs Asset Management’s GS Sustain team entitled Womenomics was published, according to which regardless of the time periods considered, the greater the representation of women at the highest levels of the company, the greater the improvement in company performance. The best performance would therefore be given by the presence of a greater percentage of women in the board of directors. Well, I won’t go into the analysis of the economic and ESG profiles referred to by the study – which I leave to my competent colleagues of the CTS of Open Corporation, #AnnaMariaRomano and #OrnellaCilona – but I would like to take the cue from the advantages of the presence of women in the board to propose some considerations on the profiles of the regulatory technique used to achieve the goal of equal gender presence in all places of social, cultural, political and economic life of the country, including in the boards of directors of listed companies.

In short, prescribing the so-called pink quotas or minimum thresholds of female presence is certainly useful, but not decisive because the world of work is still tailored to men[5]. Targeted interventions are needed to change people’s way of thinking, because the issue of gender equality concerns everyone’s quality of life, not just that of women. It is a question of ideas that are lost, of approaches to study, research, and problem solving that are ignored.

Creating equal opportunities means creating the best conditions for women’s potential to express itself without obstacles or conditioning. This means that both the state and business must invest in families and their stability. The State[6] must therefore prepare effective regulatory instruments to promote the presence of women and find a sustainable work-life balance, as well as to firmly oppose any form of discrimination or violence based on gender.

I think that as long as the disproportion between men and women is so evident, it is necessary for the state to intervene by enacting laws to support the presence of women in the economic, political and social life of the country. In short, the so-called pink quotas represent a necessary legislative technique for their incentive power (even if not sufficient to eliminate inequalities of treatment). It is obvious that once the objective of equal treatment is achieved, it will no longer be necessary to enact this type of law. Therefore, regulations such as the Italian one on the presence of women on the boards of companies listed on the stock exchange are welcome, but something more must be done. Perhaps we could aspire to an extension of its scope, so that even non-listed companies are obliged to have women on their boards, without relying on the emulative effect that so far, at least in Italy, has produced poor results.

This means that companies also have a fundamental role to play in achieving equal treatment. As OpenCorporation data shows, many companies have already implemented various measures to harmonize family/work and work flexibility. But it’s clearly not enough. More could be done by introducing mechanisms to control and monitor the obstacles to ambitious career paths that make it difficult to achieve executive roles, as well as working on the mindset of staff to make them understand that wanting to reconcile work and family life is not a weakness but is what makes us serious and reliable. It is a quality to be promoted and not opposed.

Analysis of Open Corporation’s Diversity rating data, in fact, paints a picture of multinationals that have certainly taken a number of initiatives to eliminate unequal treatment. However, there does not yet seem to be a multinational company that makes sustainable diversity its strong suit. In some cases, indeed, the doubt arises that it is more a matter of diversity washing than of concrete and effective promotion of equal treatment in the workplace.

[1] How can we forget his outings on the role of women in society that so conditioned society and scholars of the time. Reading them now makes one smile for their naivety, but much of this cultural heritage has unfortunately remained. Among many see: “[…] Woman must obey. My opinion of her part in the State is opposed to all feminism. Of course she must not be a slave, but if I granted her the right to vote, she would be laughed at. In our State, she must not count” and the more famous “Women must be the keepers of the hearths,” both reported by Emil Ludwig in Colloqui con Mussolini, Mondadori, 1932. The latter was later revived by the character played by Diego Abatantuono in the film “I fichissimi” when he shushed his sister by calling her “female” and invited her to return “to the stove which is your natural environment, your little ancient world”. How not to remember, then, the words of a well-known academic, philosopher, a leading figure of Italian fascism, according to which “The woman no longer wants the rights for which she fought […] (we return) to the healthy conception of the woman who is a woman and not a man, with its limit and then with its value […]. In the family, the woman belongs to her husband, and she is what she is because she belongs to him”, thus G. Gentile, La donna nella coscienza moderna, in La donna e il fanciullo. Due conferenze, Firenze, Sansoni, 1934, p. 1; and of another politician and economist, inspirer of the social and family policy of the fascist regime, who wrote: “The unquestionable lower intelligence of women has prevented them from understanding that the greatest satisfaction can only be experienced by them in the family […], they must become the object of disapproval, those women who leave their homes to go to work […], female work creates at the same time two damages: the “masculinisation” of women and the increase in male unemployment. The woman who works is heading towards sterility; she loses confidence in the man; she contributes more and more to raising the standard of living of the various social classes; she considers motherhood as an impediment, an obstacle, a chain; if she marries, she can hardly get along with her husband […]; she contributes to the corruption of customs; in short, she pollutes the life of the race”, so Ferdinando Loffredo, Politica della famiglia, Bompiani, 1938. It should be noted that Pope Pius XI, in his Encyclical Quadragesimo Anno, condemned the work of women outside the home in May 1931. Famous is the passage: “Let the mothers of families lend their labor in the house above all or in the vicinity of the house, attending to household chores. That the mothers of families, because of the scarcity of the father’s salary, are forced to exercise a lucrative art outside the domestic walls, thus neglecting the duties and obligations proper to them, and particularly the care and education of their children, is a terrible disorder, which must be eliminated with every effort”. In the meantime, a law was passed that allowed the employment of a maximum of 10% of women in public and private offices in proportion to the number of posts and established the total exclusion of women from those public jobs for which they were considered unsuitable for physical unfitness or for the characteristics of the jobs themselves. Royal Decree n. 989/1939 even specified which government jobs could be assigned to women by making an assessment of suitability for the job ex ante that was independent of the actual state of health of the woman but concerned her “because she is a woman”.

[2] Law no. 120 of July 12, 2011 on equal access to the management and control bodies of companies listed on regulated markets.

[3] Cerved-Fondazione Marisa Bellisario 2020 report on women at the helm of companies, produced in collaboration with Inps, which analyzes the impact on Italian companies of the law in question.

[4] With a woman as CEO, however, it is expected that the multinational company will be at the very top of the diversity rating and not in a middle position like the one it occupies.

[5] According to the index compiled by the World Economic Forum, Italy is in 76th place for gender inequality out of 149 countries surveyed, at the bottom of the list of the most advanced countries: as far as economic opportunities are concerned, it has slipped to 117th place, with particularly poor performance in terms of equal pay. In Italy, 56.2% of women between the ages of 15 and 64 are employed, compared with 75.1% of men, a percentage that is among the lowest of the 37 countries surveyed by Eurostat. Worse than us are only Macedonia and Turkey.

Pubblicato in Diversità/Diversity and English