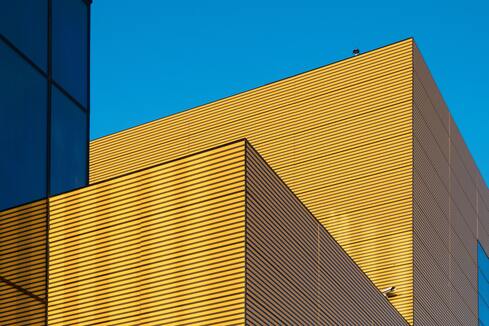 IKEA: frugal people understand each other.

If we ask someone in Italy to name something Swedish, the majority will answer IKEA and Pippi Longstocking and, normally, in that order.

But, if Pippi will forever remain part of Swedish culture, IKEA may disappoint. In fact, it already has. Because for a long time and for tax reasons only, IKEA has been based in the Netherlands. Well, look at that! The protagonists of this story are two of the “frugal” countries that have been campaigning so much about the correctness of the budgets of the dull countries of southern Europe. But when it comes to their own budgets, they are willing to be less intransigent.

IKEA is a subsidiary of the Dutch company Ingka Holding, owned by a non-profit foundation, the Stichting Ingka Foundation, created in 1982 by founder Ingvar Kamprad with the noble motivation of “spreading the progress of architecture and interior design”. The foundation is one of the largest non-profit organizations in the world, with assets in excess of $35 billion.

Being Dutch and with this noble entrepreneurial purpose, IKEA pays taxes in accordance with Dutch law for non-profit-making associations: 3.5% of the taxable amount.

It maintains its territorial link, financing some Swedish universities with a few millions a year, so the money goes back to Sweden in the form of donations.

Let’s arm ourselves with allen keys and go look inside the box. The real purpose of the foundation is to create a “capital reserve” for the IKEA Group, in case of “greater need”.

The company structure also includes other Dutch companies (for profit this time): Inter Ikea Systems, Intellectual Property Holder and Ikea Concept. Wholly Inter Ikea Systems, which is another company based in Luxembourg, owns Inter Ikea Holding, which in turn is owned by a third company based in the Dutch Antilles (known as a tax haven). But this is only part of the complicated whole that defines IKEA. IKEA’s corporate structure is more complicated than its furniture to assemble: it is built with a system of boxes, capable of using every legal meander for tax relief. There are 5 companies in Italy alone. A true champion of tax optimization. IKEA, furthermore, is not listed on the Stock Exchange guaranteeing maximum opacity. Ingvar Kampard, founder of IKEA, born in Sweden, was a venerated Swiss citizen until a few months after his death: he resided in the canton with the most welcoming taxation.

The European Commission opened an investigation on 18 December 2017 and extended the scope of the investigation into the tax treatment of IKEA warehouses in the Netherlands a few days ago.  The doubt lies in a super-evaluation of the intellectual rights paid by the Swedish company’s local subsidiary, which would have led to undue tax savings. The 2017 Commission provisionally concluded that the transfer price of IKEA’s intellectual property rights (IP) may have been too high, allowing Inter IKEA Systems to pay less tax and have an unfair advantage over other companies, in breach of EU state aid rules. Does this remind you of anything?

But it must be acknowledged that the IKEA Group is equally good at corporate communication and self-branding. The image it has in the world is completely different. In the past, there has been turbulent criticism about the exploitation for the production of the wood needed for the massification of furniture production, which is proposed as a consumer good and no longer durable. And on the labour side we are not better off: keeping product prices low, for a low cost giant, means lowering labour costs as much as possible, hence the relocation to countries where the legislature on workers’ rights and trade union rights is more than weak.

“Although the furniture and furnishings are entirely designed in Sweden, they are actually produced by 1084 different suppliers in 53 countries, 61% in Europe, 32% in Asia, 4% in North America and 3% in Russia. In particular, only 5% of production takes place in Sweden, although this remains the 4th country in terms of suppliers (behind China, Poland and Italy)”.

What upsets about IKEA is precisely its deep hypocrisy, made up of false pretensions built with a skillful use of public relations. The doubt of “green washing”, i.e. the cleaning up of one’s image in a green key is present. In the interests of fairness, IKEA must be acknowledged for its decision to renounce public subsidies received in the middle of a pandemic in favour of those who need them most. There are those who speak of a new course after the Kampard era.

We invite IKEA to show us with facts that words have a meaning, starting with workers’ rights.