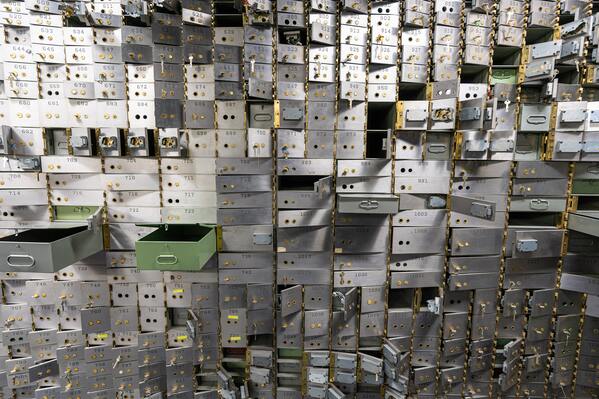 Being frugal with other people’s money

Why can a small country like the Netherlands be so critical of the internal management of countries like Italy, Spain and Portugal? Is it really a criticism based on its own administrative efficiency and effective economic policy?

We can try to answer these questions from a purely political angle, or we can try to reflect in a more indepth way, a way which looks at the real interests at stake. And so, follow the money. In order to understand what really happened behind the negotiations on the Recovery Fund, the positions between “frugal” countries and Italy&Co we need to think about numbers, rather than the apparently political philosophy issues that have been brought into play. And the first figures that must be analyzed are those related to fiscal policies. Because in this way the interest of a country like the Netherlands to maintain an inequality between European countries and to transfer a purely economic interest to the political level becomes clear.

One of the criticisms we have received concerns the pension system, an issue that has seen both countries change their legislation over the years, with internal dissent, towards a lengthening of the working age. I would like to address this issue briefly with just a few figures. According to OECD data, to date, Italy spends 16.2% of its GDP on pensions, compared to 5.4% in the Netherlands, which relies predominantly on a system of private funds.

The infamous Italian public expenditure moves in the direction of a public welfare system in contrast to the Dutch one. And it is necessary to give political answers to investors who hold the fate of a country in their hands through private finance.

This is accompanied by an internal political weakness, compared to the populist right. The same weakness that distinguishes the leadership of the two young Nordic premieres (Denmark and Finland), who, although coming from the best examples of European social democracy, have supported the Dutch obstructionist policies.

If we look in their own house, the threat from the right has shifted internal policies towards an unsocial democratically populist drift.

This also includes the negotiation between frugal countries.

The crucial issue, which we will deal with here, concerns fiscal policies and how they are used so that even a small country like the Netherlands (and not only) can become very attractive for foreign capital and investment, without having to have a really efficient administration.

The term dumping comes from the English word “dump” which literally means “to get rid of carelessly” and is a form of unfair competition.

Fiscal dumping is the lowering of tax rates and tax burden by a State in order to attract taxpayers and investors from other parts of the world to make gains on direct taxes and their consumption in the country itself. Suffice it to think of the induced activities brought about by having to set up offices in the “welcoming” tax country, as they have done, for example – but the list is much longer – FCA (FIAT) Adidas, Ikea, the Renault–Nissan–Mitsubishi alliance, Tesla, Panasonic, Uber and Google with their sub-holdings.

According to calculations by the International Monetary Fund, worldwide, the profits that international companies embezzle and resurface in tax havens amount to more than 650 billion dollars a year.

A group of economists, including Gabriel Zucman, calculates that of those 650 billion, as many as 100 are found in Ireland, followed closely by the Netherlands, with 57 billion profits of multinationals that transfer only the financial “head”, to take advantage of complacent tax legislation: low rates (the average effective rate on profits is 10% in the Netherlands, compared to 19% in Italy), and fewer regulatory constraints and simplified company law, which allows you to maintain control of decisions even in the minority. The problem is primarily intra-European: 80% of the profits that European multinationals divert for tax reasons end up in other European countries and not in exotic Caribbean paradises. Therefore, in order to stay at home, the Commission estimates that, overall, European tax havens divert around 70 billion euros of revenue a year from other EU countries. For Italy, Zucman and colleagues estimate that the 13 billion euros of profits declared by multinationals in Italy hide another 23 billion euros, diverted to Luxembourg or Holland. The overall assessment is of a revenue shortfall for the Italian tax authorities of up to EUR 7 billion each year due to so-called profit shifting.

It is disconcerting that the countries that implement these practices are those that demand budgetary rigour in the EU, and require it from the very countries that they penalise the most on the tax front.

The Commission, with the presentation of the economic recommendations to the EU Member States by the Italian Gentiloni, has marked a change of pace and seems determined to intervene against the fiscal policies that cause dumping. The part of the recommendations addressed to the Netherlands reads, in fact, that “although the Netherlands has taken steps to tackle aggressive tax planning practices by implementing agreed international and European initiatives” the question remains open. This is evident from ‘the high level of dividends, royalties and interest payments made’. Moreover, the intense cash flow “suggests that domestic tax rules are used by companies engaged in aggressive tax planning“. Similar indications are addressed to Cyprus, Hungary, Ireland, Luxembourg and Malta: Cyprus and Ireland, for example, have a tax rate of 13%, while Hungary is down to 9%.

On the opposite front there are Italy, France and Germany, with tax rates of 28%, 24% and 30%. The difference is obvious.

From the graph below, it is clear that there is a huge discrepancy. Moreover, if we calculate per capita productivity in terms of potential taxation, i.e. how much each individual citizen in one of the European countries produces in terms of taxable profit (Tax Justice Network data), we deduce that each individual Luxembourg employee generates profits of over 8 million euros, one Swiss 760 thousand, one Dutch 530 thousand. The European average is 60 thousand euros per employee, while Italians and Germans (the latter against all stereotypes) are slack and unproductive, since they produce around 42 thousand euros respectively; the French by force of baguettes and champignons only reach 33 thousand euros. Either they are super productive champions, or something doesn’t add up.

On this subject, I would mention a recent study by the Catholic University, which tried to highlight the deep discrepancies between EU tax havens and non-concessional tax havens. According to this report, “In the presence of large differences in effective tax rates, there is a strong incentive to artificially shift profits to low tax countries through aggressive tax planning (actual avoidance practices) by multinationals, for example by using transfer pricing practices (transactions within a multinational group at fictitious prices). These practices are then facilitated by the possibility that some countries give, for example Malta, in granting tax residence without there being any real economic activity in the country.

The Commission also notes that some Dutch financial institutions have recently been involved in money laundering activities. This “highlights the need, despite recent efforts, to further strengthen the supervision of financial institutions and to investigate and prosecute money laundering cases”. “The openness of the Dutch economy to foreign direct investment and the complex legal structures of the country – again from the recommendations – also involve significant risks of money laundering”. Among the ‘symptoms’ of this phenomenon is ‘the poor reporting of unusual transactions by trust and corporate service providers and tax advisors’. Hence the recommendation to “take measures to fully address the characteristics of the tax system that facilitate aggressive tax planning, in particular on outgoing payments, by implementing the measures adopted and ensuring their effectiveness” and the strengthening of European anti-money laundering measures (AML – Anti Money Laundring).

Beyond the recommendations, however, the definition of a European fiscal policy is still a long way off. Currently, the EU has only limited competence in this area and the fight against tax evasion and avoidance has only recently become a strategic priority.

The first major limitation is that the European Parliament has only advisory powers in tax matters (except for budgetary matters). Moreover, and above all, every fiscal measure requires the unanimous approval of all Member States (European Council, the one we have seen in action for the negotiation of the Recovery Fund), including of course those countries that benefit from fiscal inhomogeneity and that practice favorable policies. Therefore, we must ask those who take stock of their country on light taxation to vote against themselves. A “mission impossible”.

We find here the weaponization of unanimity that the Netherlands has attempted to impose on the Recovery Fund, although in this case it should have been clear and known to a premier that the legal basis used for the Recovery Fund is the same as the Cohesion Policy, which does not provide for unanimity. Is there a discordant note or interest in asking for something in return? Because our Europe is looking for a way to go beyond the obstructionism of small, but fierce, countries that are very interested in maintaining an uneven European fiscal policy.

The Communication from the EU Commission on the “progressive and targeted” transition to qualified majority voting by 2025 under the ordinary legislative procedure in certain areas of EU shared tax policy is dated 15 January 2019. In simple terms, instead of unanimity, the aim is to introduce qualified majority voting with which Member States would be able to reach more effective and democratic tax compromises more quickly; also allowing concrete contributions from the European Parliament and the better represented citizens. The approach outlined would give new impetus to decision-making in this area at a time when the future of taxation has become a hot issue for the international community (e.g. the issue of taxation of the digital economy). The only way to allow parity at European international level is to harmonise corporate taxation, allowing investments to be allocated on economic grounds and not on the basis of distortions caused by the possibility for some countries to compete on taxes because they are small and to allow them to be “frugal” with other people’s money.

It is clear that the negotiation had different purposes, given how much tax revenue Italy loses  due to this difference in level. They made us sweat the recovery fund’s non-returnable 82 billion, and in a situation of dramatic crisis not generated by Italian failures: I would say that playing with rigged cards deserved, at least, to be answered with a discreet silence.