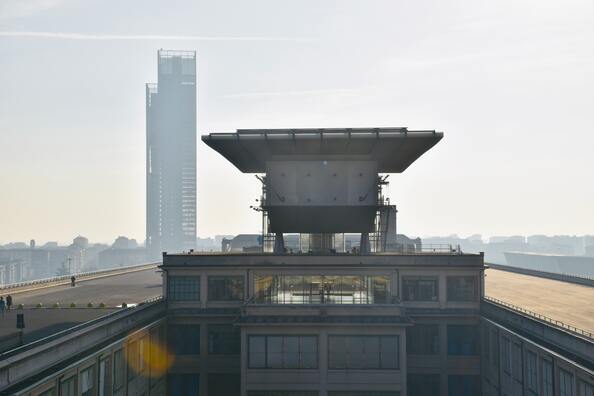 FCA asking for the loan guaranteed by the state has raised controversies of a different nature, with a discussion that risks taking on stadium tones. Let’s try to make it clear by using a few numbers.

1) Taking advantage of the rules established by the Liquidity Decree, FCA Italy is negotiating with Intesa Sanpaolo a 6.3 billion euro loan guaranteed by Sace, the insurance-financial company of Cassa Depositi e Prestiti (and therefore of the Italian State). Like any other company with more than 5 billion in turnover, FCA Italy can request a loan for up to 25% of its 2019 revenues (that’s why 6.3 billion) at a subsidized rate. Interest is low because the bank is guaranteed by SACE for 70% of the credit: it means that if FCA Italia do not repay Intesa Sanpaolo, the bank would be compensated for around 5 billion euros with public money.

2) FCA Italy informs us that the 6.3 billion loan will pass through new accounts dedicated to the payment of suppliers. In this way FCA claims to immediately bring liquidity to the allied industries, financially proven by the situation.

3) According to the rules provided by the Liquidity Decree, FCA Italy couldn’t distribute dividends this year: it has therefore already announced that it will withdraw the 1.1 billion euros due to shareholders on the 2019 financial statements. However, there is no update on the 5.5 billion euros of extraordinary dividend that the company would have to pay to shareholders to perfect the merger with PSA (Peugeot).

4) FCA (its holding company, owning various shareholdings, which means to be the parent company) was transferred from Turin to Amsterdam by Sergio Marchionne mainly for several reasons:

Is your head spinning?

One of the concerns in considering the objections to those who say that the loan must still be given, because it is used to keep jobs in Italy, lies in the planned merger with PSA.

“We are helped by the previous cross-border operation of Fiat on the occasion of the merger by incorporation into FCA, including the American company CNH, when, in 2014, the top management of the Group decided to move the registered office of the new Fiat Chrysler Automobiles to the Netherlands and the tax office in London. That operation, as stated in the illustrative report of the Board of Directors in the paragraph dedicated to “Tax reflections” of the project, was “fiscally neutral as regards the activities of Fiat which will remain connected to the Italian permanent establishment”. to produce and sell in the factories and through the Italian financial and commercial companies, therefore, the FCA with registered office in Amsterdam and tax in London has continued to pay taxes in Italy, starting from the corporate income tax (IRES) increased to 24% in 2017 and from the regional one on production activities (IRAP) with a base rate of 3.9%. The approximately seventy FCA companies of the future FCA-PSA will continue to be subject in our country to all tax obligations and related tax payments. In 2016, just to quantify, FCA, CNH and Ferrari paid a total of 1.9 billion in taxes, while the parent company Exor would have paid only 6 million if it had not had to pay the so-called “Exit tax”, the tax that the Italian tax authorities imposes on those who move their headquarters and assets abroad, for 170 million euros”.

So is everything okay? What is the sense the so unpopular  transfer? Always Girado observes that the Italian tax authorities

“instead lost with the Dutch-English FCA and will continue to lose with the future FCA-PSA perhaps all Dutch taxes on income distributed to non-Italian investors and taxes related to the future appreciation of non- fiscally referable assets to Italy“.

But not only: “If we were to be treated as a company resident in Italy from a tax point of view – writes FCA on page 88 of its latest financial statements – we would be subject to taxation on our worldwide revenues and we would be required to adapt to the withholding taxes at source and reporting obligations under Italian law, which could entail additional costs and expenses “. There is no need to invent anything: it is openly stated in the FCA public budget.

So it is true that FCA Italy pays taxes in Italy on its Italian business, but as it has moved its tax office to the Netherlands and, in part, to the United Kingdom, this group has transferred elsewhere the most substantial part of the taxation on profits and dividends it pays to shareholders. In the FCA balance sheet we are only provided with the total sum of its fiscal expenditure and we do not find detailed data for each country. To find out, we should have full transparency of country by country reports. But we know that the global total in 2019 amounted to 1.3 billion euros. About what paid to the Italian tax authorities for 2019, the balance sheet only says that the IRAP paid amounted to 6 million euros.

The main tool of the tax avoidance of multinationals is profit shifting, that is the transfer of intra-group funds: the mechanism by which international companies manage to move their incomes to states where taxes are lower by taking advantage of a series of legal tricks and ending to pay almost no taxes. Just to understand it, the financial branch of a company in one country can make a loan to a sister branch in another country, and in this way profits emerge in the first country, where perhaps they are taxed very little. If the parent company is in London, there is a dry taxation of 5 percent, a very favorable regime compared to other countries, including Italy.

But the problem is not only Italian and this mechanism also works, in negative, to the detriment of Europe all in favor of overseas multinationals.

And the European concern is also internal, because in this behaviors actions capable of distorting competition can be iodentified. Just to stay on the subject, in September 2019 the Court of Justice of the European Union gave reason to the European Commission by condemning FCA to pay 30 million in arrears taxes to Luxembourg, which had discounted the sum by an ad hoc agreement between the company and Luxembourg, later deemed illegal by the competition commissioner Vestager.

A European fiscal policy, capable of eliminating and discouraging these behaviors is now no longer postponed. Starting from an economic plan, the differences in taxation in an integrated Europe and in the perspective of a political union, represents a cost for the European production system, not allowing the full exploitation of the potential given by the integration itself, focusing on innovative capacity and good growth throughout Europe.

But even more, it would bring into play an idea of ​​economic and social justice, which now more than ever serves a new and better vision of the Union.

But here we are talking about an issue that takes place in our house. And above all, we are talking about a theme that usually enters the language of multinationals only as a marketing tool: the collective and social value of a company, the mythical social responsibility. Normally it is not with prestige games at the tip that real competitive competition, innovation and future can be built.

We have already talked about the social and ethical value of the taxation: what tax revenues mean for a state, where and how money is invested to build a more or less efficient welfare state, capable of returning wealth redistributed in the form of services to the population, public for all.

This alone would impose a very different fiscal policy to truly be a company that cares about the social, productive and human fabric of our country.

But talking about this, fiscal justice and public ethics when FCA is involved becomes immediately uncomfortable and burning, divisive. Because FCA immediately puts the blackmail of job retention on the plate, unfair in this difficult time even more. This is just not the time to tighten the grip of relocation around the negotiations. And one cannot fail to take into account that the next industrial plan will not be with FCA, but with a new group, chaired by Elkann, but in French hands. Something that FCA knows well.