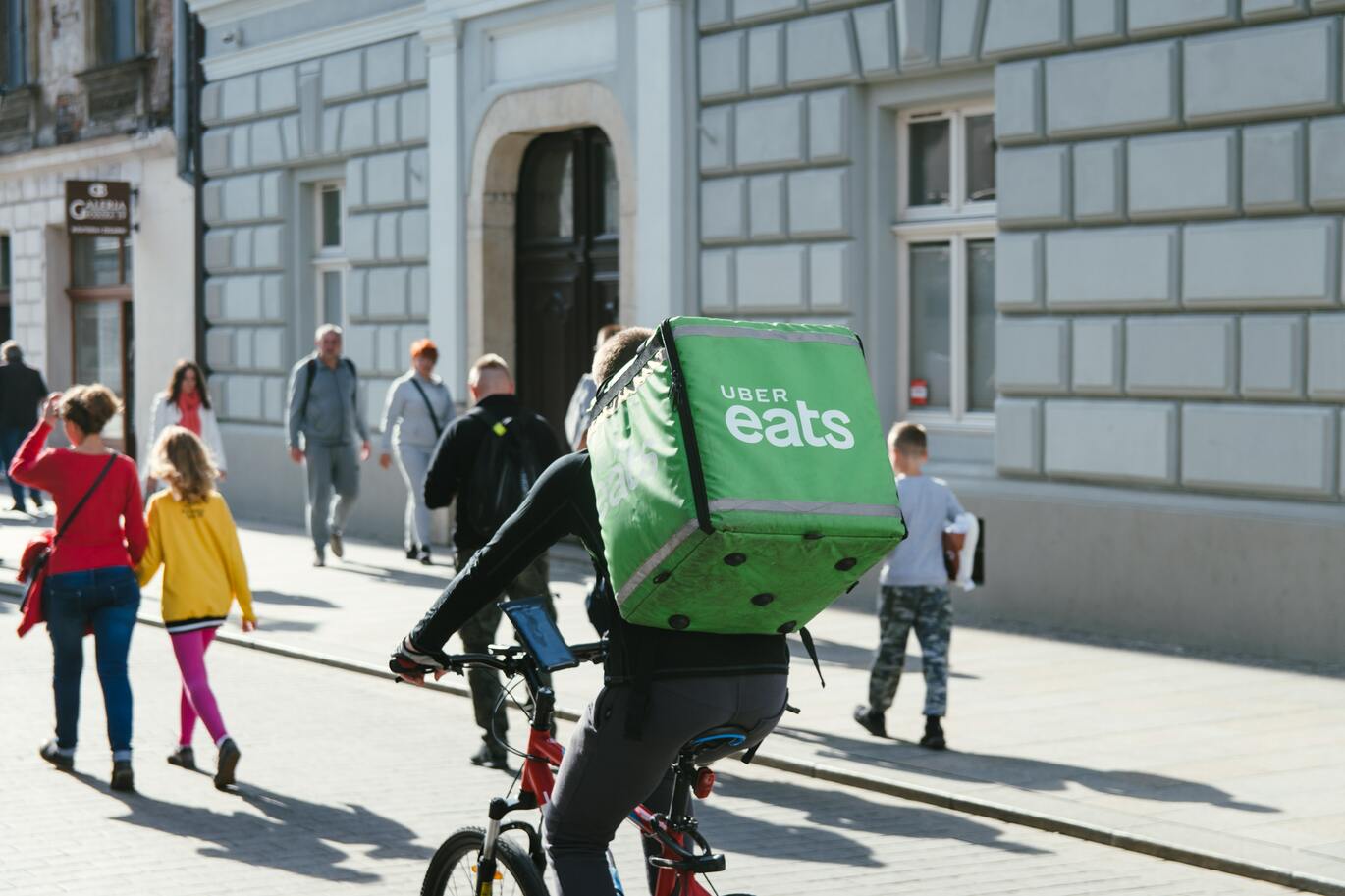 The current health crisis linked to the pandemic contagion from COVID-19 shows more and more clearly the need to start anew from the last, so as not to leave anyone behind. In the working environment, those who are suffering throughout Europe the greatest exacerbation of their condition of discomfort are the already defined “atypical” linked to the gig economy, the delivery riders.

In this emergency situation, they are among the workers who prove to be “indispensable”, and their social role is to support both those who cannot supply themselves with raw materials, and thousands of businesses – catering and other undertakings – who would risk economic collapse without their service. However, they have always found themselves lacking the basic rights linked to the concept of subordination, and often even blinded by the idea of flexible work and self-entrepreneurship, which is propagated by the circuits present throughout Europe.

In this respect, the EU and the Member States have tried in a number of ways to codify and protect delivery riders, but without any concrete positive results. In fact, the states that have followed up the European input have either done it badly or in an uncoordinated manner. Nevertheless, in the light of the spread of the virus, there was a need to stop delivery activities which is not essential, and a guarantee that these workers would be able to access the social security tools developed to deal with the emergency. Europe, which once again confirming itself to be a Europe of nations, perched far from solidarity, is trying to contain the spread of the virus, but is failing to provide social security for workers and protect the most vulnerable among them.

Platform workers are coping with this crisis by delivering food and goods at home even to those who are self-isolating or positive to the virus. Their precarious working conditions give them no choice but to continue working, in the almost total and unacceptable lack of distribution of personal protective equipment by companies. Forced to work even in the presence of symptoms that could mean they have contracted the virus, they find themselves endangering not only their own health but also that of their loved ones and the community. The alternative for them is to lose, in 80% of cases, their entire income.

Europe and the States are now showing themselves to be cohesive and on the same line, as far as the role of delivery riders is concerned. In all Member States, with a silent consent, platforms have been allowed to continue to work and to evaluate this category of workers as “expendable”. The four major companies of the European food delivery market (Glovo, Deliveroo, Just Eat and Uber Eats) opted for a one-off contribution of 25€ to be paid to couriers after presentation of an invoice for the purchase of masks, gloves and sanitizing gels. It is worth remembering that most platforms are benefiting from the opportunities that the current situation of closure to the public of shops and restaurants has produced, with the increase in home purchases. This is supported by the lack of legal clarity on the part of the governing bodies. While major fast food chains are pausing their operations across the continent, online delivery companies believe this is their golden opportunity.

Deliveroo, for example, announced that new chains have joined the service in France since the beginning of March. In the same way, in Italy, in this period of crisis, Uber Eats has entered into an important partnership with the retail chain “Sole 365”, which would allow them to open up to a greater market share; in addition, it has signed a new agreement with Carrefour to organise a delivery in 30 minutes, ensuring its entry into the large-scale retail trade. At the same time, however, this choice was passed on to the delivery workers, who had to deal with the aggressiveness of some customers, the pressure due to the increase in per capita consumption, the fear of being infected and the awareness of receiving very little consideration from governments and platforms themselves.

Within this complex European framework, Italy experiences the aggravating circumstance of technical and administrative confusion. The first Prime Minister’s Decree “Cura italia” (Heal Italy), in fact, classifies the role of the courier – traditional or platform-related – as indispensable: to this definition, however, the platforms have responded with clear washing operations. An example of this are the various funds created by the companies for delivery riders who may have been infected during the period of work, financed with negligible sums and far from the Inail parameters.

Of the 52 platforms present on the national territory, only four of them have workers on a large part of the national territory, in a number equal to 70% of the total workforce in the sector. Only one, Uber Eats, has developed a service for the demand for personal protective equipment, while the other three larger platforms have aligned themselves with the European practice of reimbursing negligible amounts to allow couriers to purchase masks and gloves. In the Italian chaos, it can be seen that the platforms with a territorial matrix are the most virtuous towards workers, having proceeded to the distribution of PPE and, in most cases, having established a Co.Co.Co. contract with them and not a private contract pursuant to art. 2222 of the Italian Civil Code, as all the major companies do.

On the confused and uneven situation of delivery riders in Italy at the time of the CO-VID-19 epidemic, there is certainly the influence of regionalism. Specifically, the two relevant cases are those of the Tuscany region and the Campania region. In Tuscany, the Presidency and the Council, in order to overcome the continuous delay and reticence of companies to provide masks and other PPE to bike couriers, have decided to replace the platforms by paying and distributing the masks as a regional body. Although at first glance this decision may appear to be a commendable gesture, one cannot fail to consider the initiative as a full submission to turbo-capitalism, represented by the distortions and paradoxes of the gig economy, and unacceptable for the construction of a process of acquisition of rights by the working class. In the Campania Region, on the other hand, there was a true systemic crackdown triggered by the decision of the President of the Regional Council, who, in response to the Prime Ministerial Decree “Cura Italia”, issued Order 13 of 12/03/2020 prohibiting the sale by home delivery to all operators in the catering sector. This created a blatant inconsistency within the world of food delivery and platforms, since only two of the seven platforms in the territory were implicitly given the possibility to continue working, by virtue of their previous relationship with the activities of the large-scale retail trade, pharmacies and tobacconists.

As if all this were not enough, the continuation of the internal struggle between the levels of government led to the moment when the national government issued the support bonuses for quarantined workers and the Campanian bike couriers were completely abandoned, on the one hand being mere workers not included among the beneficiaries identified by the Decree, on the other hand not being able to exercise their profession, given the regional provisions.

Thanks to the ominous favour of lockdowns, delivery riders across Europe have suddenly gone from being invisible to indispensable, to becoming expendable. But now is perhaps the time for this class of workers to raise their voices and cry out their need for rights even louder, fighting to be ready to “see the stars again”. More than ever before without any rhetoric.

In order to allow an even more in-depth view of the specific national situations in Europe and the world, the most significant contributions on the issue of workers in the gig economy are listed below: