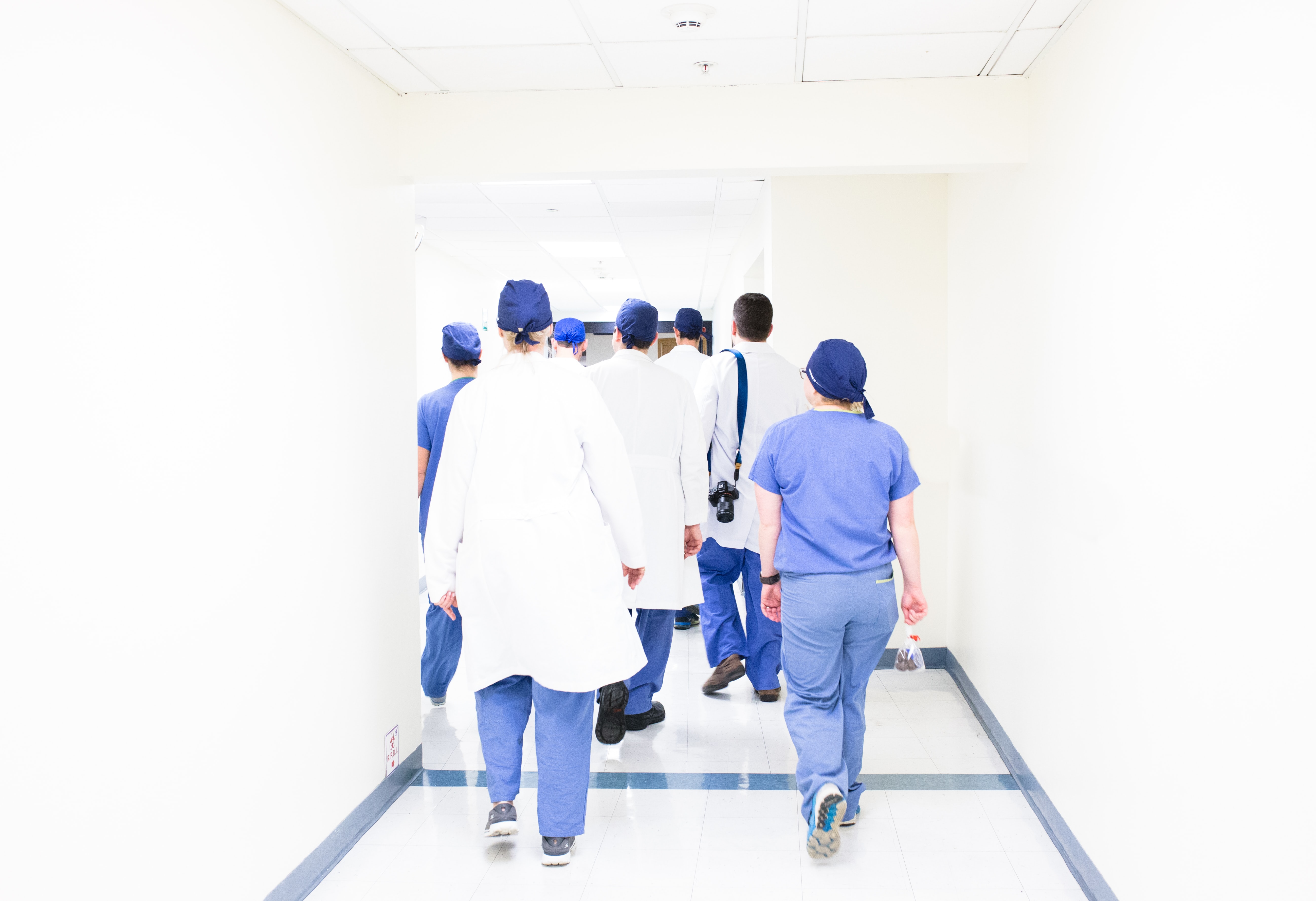 A comparison of health care systems in Europe: structural trends in the face of Covid-19

In continuity with what has already been reported in a previous article on the different relationship between public and private in national health systems in the face of the Covid-19 threat, an attempt will be made here to give a comparative observation point to understand how the capacity to react in the present also depends on divergent structural trends in national health systems in Europe. In addition to understanding how organizational and strategic factors can influence the definition of policies to contain the spread of a pandemic, this dive into health care certainly offers a framework within which the multinationals observed by OpenCorporation tend to move in a diversified way. And if indeed the “post Coronavirus” must be different from the “before”, it becomes more and more important to question the way it was before.

There are three observed elements that are proposed as critical factors in a comparative perspective: the share of public funding of health expenditure, health employment relative to demographic trends and the different treatment strategies based on which it has been decided to orient the health system over time.

Healthcare expenditure has public, voluntary and individual insurance coverage or is paid for directly by citizens (out of pocket). If we only look at the public funding of health expenditure, we notice that the EU-15 presented in 2018 a public intervention in relation to GDP (GDP) which varies from 3.4% in Latvia to 9.5% in Germany, and ranging from 6.5% in Italy, 6.2% in Spain, 9.3% in France and Sweden and 7.5% in the United Kingdom.

In dynamics, however, distinct trajectories can be traced. From 2000 to 2010, the public share of healthcare expenditure grew in most of the countries considered here. Only Germany shows a static trend and then accelerates in 2009-2010, since all the national systems record an increase in the public share in relation to GDP.

Since 2010, however, there have been divergent trajectories. While in Germany, the United Kingdom and France the public share of health care expenditure is increasing, in Spain and Italy there is a decreasing trend and respectively from 2010 to 2018 it decreased respectively from 6.7% to 6.2% and from 7% to 6.5%. Therefore, we can identify decreases and increases in the role of the public to cover the national health expenditure.

In order to better observe the evolution of public health expenditure, it is considered more useful to show the different per capita expenditure in the EU-15 because the nominal value of health expenditure (expressed here in $ in PPP purchasing power parity) depends, among other things, on the demographic dynamics, the efficiency of the health organisation and the propensity of individuals to use health care. The observation in the possible time span from the source (OECD), i.e. 2000-2018, shows some clear trends. Compared to the EU-15 average (equal to 100) some countries are above the average, showing a public health expenditure per capita higher than the average (such as Germany and France) and others are below (such as Italy, Spain and the United Kingdom).

In other words, for every $100 dollars of public spending on health care invested on average in the EU-15, Germany spends nearly $150 in 2018 and Spain less than $70. Two particular trends can be distinguished. In Germany from 2008 to 2018, per capita public health care expenditure in the EU-15 grew from 109% to 143% of the EU-15 average, while in Italy it fell from 87% in 2000 to 72% in 2018. The data therefore confirms how the public share of health care expenditure has followed distinct trajectories over time.

OECD data on health care employment also show a very different map in a comparison of the EU-15 countries (2016, last year with data aligned for the EU-15 countries): from 88 employed in health care per 1000 citizens in Denmark to 25 in Poland and the Slovak Republic. The density observed in 2016 is a point of arrival of common trends in many countries, but with profound structural differences.

Between 2010 and 2018 there is an increase in the density of health care employment in the different countries considered, but with different speeds that do not alter the initial structural differences.

Spain and Italy continue to record employment levels in health care below those found in Germany, France and Sweden. But it is not only the employment dimension that is asymmetric in a European comparison. There are also some more qualitative elements. A comparison of the density of doctors (without specifying the type of specialisation) among the population (per 1000 citizens) shows how it is possible to identify at least three distinct groups of countries according to their positioning with respect to the European average: countries such as Austria, Lithuania, Germany and Sweden with significantly higher values; countries such as Italy, Denmark, France and the Netherlands aligned with the European average value; and finally countries such as the United Kingdom, Luxembourg and Poland with a density well below the average value. If we look at the density of nurses per country (always per 1000 citizens), it is possible to distinguish three groups but with different compositions: in particular, we find a lower density, in relation to the density of doctors, for Italy, Spain and Austria, and on the contrary, a relatively higher density for Luxembourg and Finland.

Of interest, as far as doctors are concerned, is the distribution by age group and in particular the proportion of over 55. Higher shares of people over the age of 55 are evidently associated with a greater rigidity of entry into the domestic labour market. In this respect, out of an average of the EU-15 countries of around 35.7% of people over 55, Italy (with over 54%), Germany and France (with 44%) and the United Kingdom, Ireland and Norway (with percentages below 25%) are at the top of this ranking.

Finally, the differences in the type of beds in hospital facilities and the number of beds in non-hospital facilities are illustrated to show the trends in the strategies pursued by the different European countries in terms of health service management. As already observed by Emmanuele Pavolini (University of Macerata) in a recent article, health services have generally moved towards a strengthening more in the management of chronic conditions than in acute cases, because this is what the analysis of social-healthcare needs in the whole West suggested.

Therefore, the logic that has guided the transformation of many Western healthcare systems has been: fewer beds for acute cases in hospital and more outpatient/specialist activities on the territory, more residential healthcare facilities (e.g. RSAs) and more home interventions.

(by Emmanuele Pavolini, in Italian healthcare in the face of the Coronavirus crisis ).

The data on the amount of hospital beds (expressed as density per 100,000 inhabitants, Eurostat 2018 data on EU 28) also shows a high degree of unevenness in a European comparison: from over 800 in Germany to 318 in Italy and from 745 in Bulgaria to 222 in Sweden. If we observe the dynamics of the last 20 years (2000-2017) some common signs can be, also in this case, found in all countries. In most countries there is a decrease in the ratio of hospital beds with respect to the population (number of beds per 1000 inhabitants).

In the 6 countries analysed (as shown in the diagram below), there is a decrease in bed density per population which is continuous over time, although there was a more rapid fall between 2000 and 2010. Germany fell from over 9.12 beds per 1000 inhabitants to 8 and France from 7.97 to 5.98. Italy, Spain, Sweden and the United Kingdom show a reduction in hospital beds per population in line with the European trend but starting from a different starting position from Germany and France. In Italy, in particular, the number of hospital beds per 1000 inhabitants fell from 4.71 in 2000 to 3.18 in 2017. Sweden and the UK show the most pronounced decrease in hospital bed density in a European comparison (-37% from 2000 to 2017).

But the totality of hospital beds, if it does provide information on the concentration of hospital facilities, it tells us little about the choices of health services. If we break down the beds by type of care (acute, rehabilitation and long-term care), we can notice some common trends and some structural divergences. Between 2002 and 2017 in all countries there is a contraction of beds for curative care activities, confirming a homogeneous behaviour of all health services but starting from different national structural positions: in Bulgaria and Germany beds for acute patients continue to exceed 600 (per 100 thousand inhabitants) while in Italy, Denmark, Sweden, Spain and the United Kingdom there are less than 300..

Dynamically, only 5 of the 27 EU Member States (incomplete data for the UK) recorded an increase in their number of hospital curative care beds (compared to the size of their population) between 2012 and 2017: there is a small increase in Spain, while the number of beds per 100. 000 inhabitants increased at a faster rate in Romania (an increase of 36 beds per 100,000 inhabitants), Ireland (40 beds; other than psychiatric care beds, excluding beds in the private healthcare sector), Bulgaria (57 beds) and Malta (68 beds; although there is a break in series). During the period under review, Austria, the Netherlands and Lithuania (where the value includes all long-term care beds in psychiatric hospitals) saw their respective number of care beds decrease by more than 50 beds per 100,000 inhabitants. In contrast, beds for rehabilitation care show a trend growth in most EU-28 countries (Eurostat).