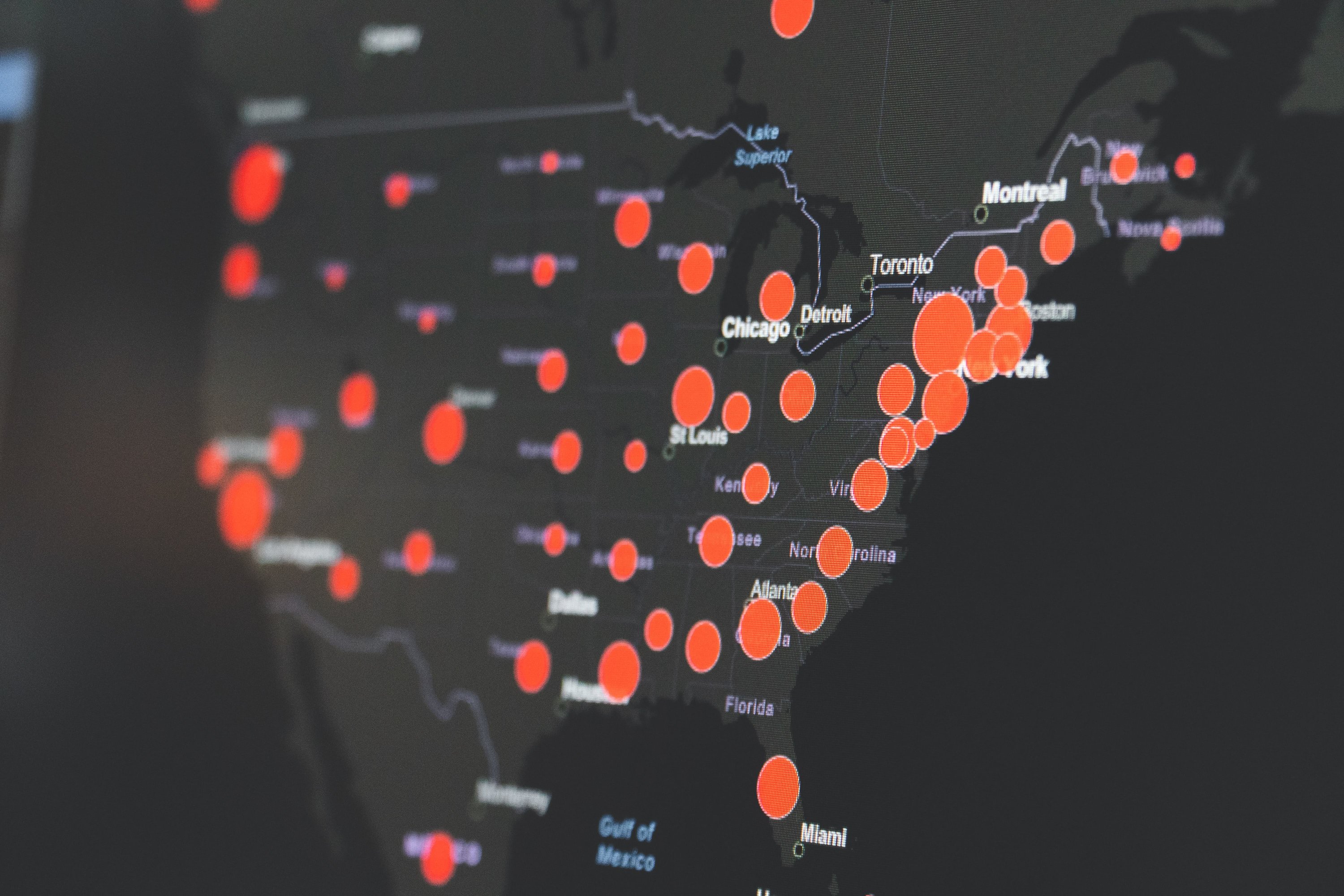 The slow, halting and confused response to the Coronavirus outbreak in USA

On the same day that the United States Senate approved the largest economic stimulus package in history, Americans learned that there were now more cases of COVID-19 in the US than in any other country, surpassing both China and Italy. Hospitals in New York City report being overwhelmed by the surge in cases, and governors and mayors across the country order strict “stay at home” or “shelter in place orders,” include the shutdown of major portions of the economy. President Trump, on the other hand, continues to downplay the threat of Coronavirus, recently announcing his intention to “re-open” the economy by Easter, suggesting that Coronavirus is no more serious than the common flu, against the advice of top health officials in his own administration.

In the face of the slow, halting and confused response to the Coronavirus outbreak by the Trump administration, many governors and mayors have stepped up to protect the health of their citizens. Pennsylvania, for example, recently announced the closure of all “non-life sustaining” businesses. The challenge is that there is no national guideline to follow when determining what is “non-essential” or “life sustaining.” In Pennsylvania, this determination appears to have been made without consulting business associations or labor unions: no sooner had the list of non-essential industries been made public, than employer associations lodged protests demanding that the number of businesses deemed non-essential be reduced. In some cases, the original determinations clearly reflected hasty decision-making (for example, paper manufacturing was allowed to continue, but their suppliers were required to close), in other cases the decision-making reflected uniquely American political calculations: gun shops are considered “life sustaining” under the Pennsylvania regime.

The Coronavirus outbreak is beginning to have a significant impact on the Democratic Presidential Primary, with many states delaying their primaries into the summer. While democratic front-runner Joe Biden has largely been silent about the pandemic, his challenger, Bernie Sanders, has begun to use his campaign to promote a package of radical policies aimed at supporting working people, including guaranteed income, coverage of healthcare expenses by the government and rental assistance. Rather than suspend his campaign, following a series of losses in key states to Biden, Sanders is leveraging his profile and electoral machine to give voice to a left-populist response to the current crisis. And rather than continuing to raise funds to support his campaign (Sanders has raised more funds than any other democratic candidate for a total of $180 million with an average donation of $19), he is leveraging his loyal base of millions of donors to support non-profit organizations helping to support those impacted by Coronavirus.

There is much to applaud about the recently-passed stimulus package. It includes immediate, direct payments to many of $1,200 dollars, an increase in the level of unemployment benefits, and hundreds of billions in lending to businesses to support employment. To a degree, the efforts of labor leaders, like Association of Flight Attendants President Sara Nelson, to advocate for a worker-focused stimulus package have paid off, as much of the supports are focused on maintaining the jobs and paychecks of workers in hard-hit industries. The dollars also come with strings attached, a major victory for labor and left advocates: businesses that receive assistance are prevented from engaging in stock buybacks—a measure designed to prevent publicly traded corporations from using the government bailout funds to line the pockets of investors. It also includes specific measures intended to prevent businesses associated with President Trump from receiving benefits.

That said, the package is also woefully inadequate, particularly given the scale of the crisis, the levels of extreme inequality in the United States, and the country’s generally weak social safety net. These trends will only continue as a result of the crisis (last week alone there were more than 3 million initial claims for unemployment insurance) and nothing in the stimulus package appears aimed at attacking the structural causes of inequality. Under the stimulus, unemployed workers will enjoy four weeks of benefits at their current income level, after which benefits will be reduced to normal levels. While many will receive a one-time check of $1,200, eligibility is based on earnings in 2018 as reported on income tax filings. This means if someone earned more than $99,000 in 2018, but recently lost their job due to the Coronavirus outbreak, they would not receive a check. While the package requires that COVID-19 testing be provided free of cost, there is no funding to cover the cost of treating someone infected by the novel coronavirus. Many are already saying that additional stimulus measures will be necessary to keep the economy out of a depression. And while the limitations on stock-buybacks are necessary, they fall far short of the more sweeping limitations on executive pay and bonuses as well as greater public control over corporations receiving a bailout that some advocated as necessary—a position briefly, and oddly, supported by President Trump in recent days.

Meanwhile, on the front lines, massive shortages in personal protective equipment for healthcare workers, ICU beds and ventilators are being reported. A nurse in a New York hospital recently succumbed to COVID-19 which he contracted because he lacked proper protection. Many have urged President Trump to use the Defense Production Act (which essentially allows the president to nationalize industries) to provide hospitals with the PPE and medical devices needed to address the crisis. So far, the president has refused on the ideological grounds that this would amount to Venezuela-style socialism. Faced with a shortage of equipment like ventilators, hospitals and departments of health are preparing protocols to assist physicians in making the most difficult decision of all: who will live and who will die when the number of patients overwhelms the number of available ventilators.

(1) He works with businesses and labor unions to create organizational cultures that drive performance through collaboration, engagement and empowerment of employees.

Other Articles on Covid-19