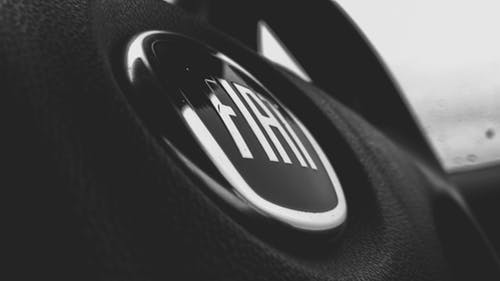 FCA-PSA merger: the reason why there will be two workers’ representatives on the Board of Directors

On 17 December the so-called ‘combination agreement‘ between FCA and PSA was signed, which will lead in about a year’s time to the merger of the two groups. Much emphasis has been placed in the Italian media on the fact that there will also be two workers’ representatives on the Board of Directors (BoD) of the new group, one for PSA and one for FCA.

How can we explain this news? It seems unlikely that a group that has been repeatedly condemned in the past for anti-union behaviour and therefore for the denial of trade union and workers’ rights has suddenly become the forerunner for codetermination in Italy, so much so that FCA Chairman Elkann in his letter to employees of 18 December 2019 does not even once mention the novelty of participation. European company law seems to provide the key to a more realistic interpretation.

The role of European company law

The new group to be created in about a year’s time will be the result of a cross-border merger of two limited liability companies. In these cases, Directive 2005/56/EC of the European Parliament and of the Council of 26 October 2005 on cross-border mergers of limited liability companies applies. In Italy, this directive has been transposed by Legislative Decree no. 108 of 30 May 2008.

The recitals of the Directive explain the circumstances in which participation is to be guaranteed in the sense of the influence of the employees’ representative body in the activities of a company through the right to elect or appoint some of the members of the supervisory or administrative body of the new company. If employees have participation rights in one of the merging companies, a right of participation must also be guaranteed in the company resulting from the cross-border merger. Different solutions are possible depending on the participation rights present in the merging companies and the law in force in the country where the new company will have its headquarters.

In the case of the merger between FCA and PSA this rule must be applied because the PSA Group has two employee representatives on its supervisory board (see below). However, the legislation of the Netherlands where the new company will have its seat would not apply since the participation rights existing in the Netherlands are only applied to companies which have the majority of their employees in the country.

Companies involved in the cross-border merger may, however, also decide to apply, without prior negotiations, the reference provisions for employee participation contained in the Annex to Directive 2001/86/EC, which in Italy has been transposed by Legislative Decree No 188 of 19 August 2005.

The contents of Article 16 of the Directive, which in Italy have been included in Article 19 of Law No 108, therefore provide for a protection mechanism against the risk of circumvention of the rules on participation.

The governance model adopted by PSA*

The governance model adopted by PSA is characterised by a dual structure consisting of the Managing Board on the one hand and the Supervisory Board on the other. The latter currently consists of twelve members and three advisors. Two of the twelve members are employee representatives of the PSA Group. The reasons for the presence of the employees’ representatives on the Supervisory Board are linked to the crisis that the Group experienced between 2012 and 2014.

During the restructuring process in the years 2012-14 the PSA Group had to resort to State aid. It was only thanks to this intervention by the French State that the Group’s bankruptcy could be averted. Since then, the State has held a stake in the Group’s capital through BPI France, the Banque Publique d’Investissement. BPI currently holds 12.2 % of the capital. In return for this rescue, the supervisory board was extended to 12 members. One of the two additional seats has been filled by a representative of BPI France representing the State. It is important to note that BPI France will also have a seat on the Board of Directors of the company resulting from the cross-border merger between FCA and PSA. This means that the French State will be able to continue to exercise its influence in the new company. The second additional seat on the supervisory board of PSA has been covered for the first time by an employee representative.

Since Directive 2005/56/EC requires a level of employee participation at least identical to that implemented in the merging companies, it is explained why two employee representatives are foreseen in the future Board of Directors of the company resulting from the cross-border merger between FCA and PSA.

Directive 2001/86/EC referred to with regard to the principles and procedures for employee participation in the company resulting from the cross-border merger provides in part three of the Annex on the standard rules for participation, that the allocation of seats on the administrative or supervisory board among the members representing employees in the various Member States shall be decided by the representative body on the basis of the proportion of employees of the company resulting from the cross-border merger employed in each Member State. Given that two groups are involved in the cross-border merger and that the majority of their European employees are concentrated in France as regards PSA and in Italy as regards FCA, it is logical that one of the employees’ representatives should be elected or appointed in France and the other one in Italy.

If, therefore, many people in Italy today express appreciation for the governance innovation concerning the representation of workers on the Board of Directors, they should be aware that this innovation is due to European legislation which in this case guarantees the maintenance of the pre-existing levels of participation in the PSA Group and, therefore, it is not at all a voluntary choice of the FCA Group. To acclaim the FCA Group as the innovator of industrial relations in Italy is therefore completely out of place.

With regard to the bodies of interest representation at transnational level, the European Works Council (EWC) of PSA has been consulted on the transnational merger project. At the end of the consultation, the EWC agreed to the project. However, PSA has not only an EWC, but also a Global Works Council which was established in 2010 on the basis of the International Framework Agreement (IFA).  In 2017 another IFA was concluded, signed by PSA, industriAll Europe and industriAll Global Union, which further strengthened the global dimension of the World Works Council. As it has not yet been possible at the FCA Group to sign transnational agreements and to set up a Global Works Council, the merger with the PSA Group could also offer new perspectives in this respect.

If, therefore, new possibilities for transnational participation and representation are opened up for workers and their representatives in the FCA Group in the future, this progress will be due to the more developed rights that PSA workers already enjoy today.

* We would like to thank Udo Rehfeldt, researcher at IRES (France), for his valuable information on the PSA Group.